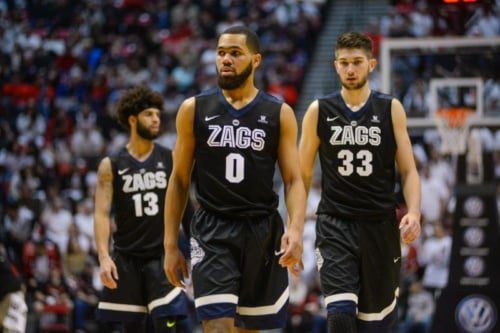 Grateful for a Great Season

For the fourth straight year, the Gonzaga Bulldogs made it to the Sweet 16. This year also marked the twentieth time Mark Few and his players have danced in the month of March. The Bulldogs have made the trip to the NCAA Tournament every year since 1999.

Thank you for another sensational season and twenty years of incredible memories.

On the Bright Side…

One player with a North Idaho connection, North Idaho College to be exact, is still playing.

NCAA and the Google: March Madness in the Cloud

Have you seen the NCAA and Google Cloud commercials airing during this year’s tournament?

The partnership started with the selection of the 64 teams for the 2018 tournament. The goal? Give college basketball fans the power to compare players and teams when filling out their tournament brackets and make watching the games more entertaining.

NCAA and Google are also migrating more than 80 years’ worth of NCAA data to the Google Cloud−information from 19,000 teams across 24 sports.

Want to know who Gonzaga’s leading scorer in 1999, the first year the Bulldog’s were invited to the NCAA Tournament?