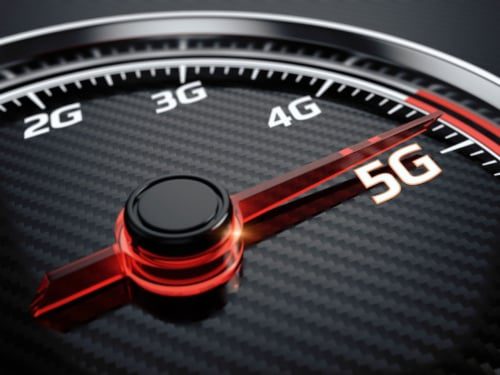 5G is Coming…Here’s What You Need to Know

5G is Coming…Here’s What You Need to Know

Today, on a modern 4G network, the average one-hour HD movie takes six minutes to download. The newly proposed fifth generation connectivity standards mean that users could download a that same HD quality film in a matter of seconds!

Industry visionaries and leaders met at the Mobile World Congress, last week in Barcelona, Spain. Discussions were centered around the the profound impact this technology will have on almost every industry around the world.

The first real-world deployment took place at the 2018 Winter Olympics in PyeongChang, South Korea. Live and on-demand virtual reality coverage of 30 events, such as speed skating, alpine skiing and bobsleigh, were powered by the groundbreaking network.

Industry experts predict 5G technology will be available worldwide by 2020. The United States, China, and South Korea are expected to be the first countries to also install full networks.

The following articles from Mashable and CNET provide an overview of 5G, it’s capabilities and what you can expect as the technology rolls out across the country.

5 things to know about 5G

Get ready to hear a lot more about 5G.

Slowly but surely, we’re moving closer and closer to the super-connected, ultra-fast world that tech companies have been promising us for years.

Super speeds are coming. Here’s what they’ll be like.

“…the hype of the next-generation wireless technology promises to be significantly faster and more responsive than anything before it. In some cases — such as its potential application in self-driving cars, telemedicine, the trend of devices called internet of things — it can be life-changing.”