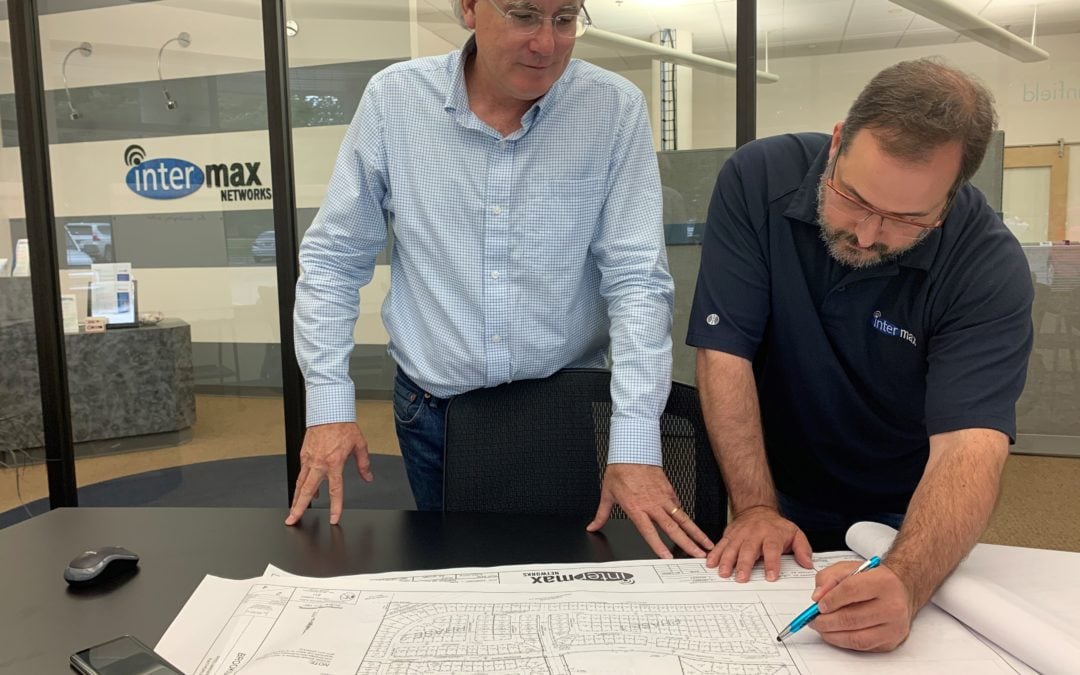 By Christi Fleischman July 11, 2019 Fiber Optics, In the News, Internet

Rathdrum, ID — Intermax today announced the project with Bluegrass Development, LLC to build a fiber optic connection to every home in Brookshire, the new 461 lot subdivision under construction in Rathdrum, Idaho.

Fiber optic connections are the fastest internet speeds available – up to 1 Gigabit – with ultra-fast performance for outstanding experiences with streaming video, telecommuting and gaming applications. Fiber makes the “smart home” easy and convenient allowing IoT connections fast and simple. Fiber connections make cutting the cord from cable TV and Satellite TV easy and foolproof allowing families lower cost TV content from the internet. Brookshire fiber will include Intermax digital phone service allowing all of the features and cost advantages of Voice over IP for each home.

Tom Anderl, Co-owner of Bluegrass Development, remarked “With each new project we try to make a product and service that homebuyers want and need.  I am excited to be working with Intermax, as well as home builders Daum Construction and Hayden Homes to make it happen.”

Brookshire will be built around a 10-acre school site that is being donated to the Lakeland School District by Bluegrass Development.

“Brookshire is going to be a very popular new development with fiber built right to each home ready to go,” said Mike Kennedy, President of Intermax.

“Our extensive fiber network deployment and continued investment in improving and expanding our overall network enables us to offer the fastest, most reliable internet connections at the best value,” Kennedy said.

Intermax has built fiber assets to North Idaho business, medical, and government clients since 2010.  The company has nearly 300 buildings on the fiber network between Post Falls and Sandpoint, including numerous apartment and condo projects where “Fiber to the Residence” is up and running.

Construction on the Brookshire subdivision’s first phase started several months ago, with an estimated 97 lots slated to be finished and ready to build in September.

“We are proud to be the only locally owned and operated company bringing fiber-optic speeds to single family homes in North Idaho,” Kennedy concluded.