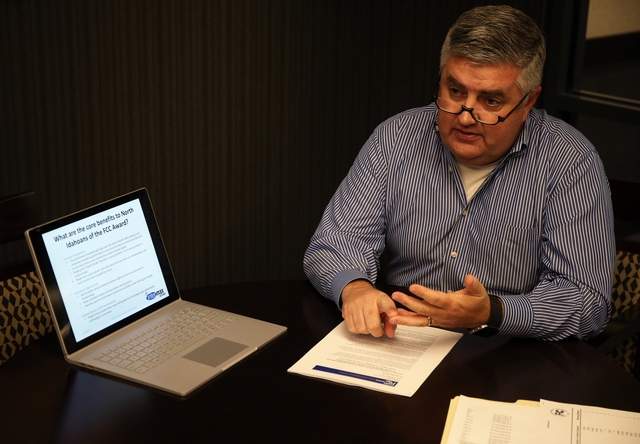 Initiative will speed up internet in rural Idaho

COEUR d’ALENE – High-speed internet is on its way to underserved areas of rural North Idaho.

Intermax Networks, based in Coeur d’Alene, has been awarded $11.5 million from the Federal Communications Commission to expand rural broadband in Kootenai, Bonner, Benewah, Boundary and Spokane counties to help close the digital divide between urban and rural areas.

“This is a big win for North Idaho,” said Mike Kennedy, Intermax president. “With this award, people living in more rural parts of the Panhandle will be able to get big-city broadband performance.

“The real impact of this award is in economic development, enhanced educational opportunities and quality of life.”

Kennedy said local rural areas that have been underserved — he used Spirit Lake, Athol and Bayview as glaring examples — stand to benefit if residents want the 25-megabit-per-second download speed the initiative will provide.

He estimates many of the areas will have such service available within three years and the cost to be comparable to the $59 per month those in urban areas pay.

A total of $1.48 billion in funds generated from telecommunications ratepayers, not taxpayers, will be distributed across the country to help close the digital divide. The funding came from the Universal Service Fund (USF) charge on monthly cellphone bills that’s $3 or $5, depending on the plan.

Intermax was among three Idaho providers and 103 nationwide to win bids through a competitive auction that will open high-speed access to more than 700,000 rural homes and small businesses across the country.

Intermax won 65 percent of the funding targeted for North Idaho and was the 16th-largest recipient nationwide.

Other providers that won bids in North Idaho were Viasat ($122.5 million nationwide), which will bring a 10-megabit-per-second download speed to Shoshone County, and Red Spectrum Communications ($521,715), which will provide 25 megabits to the Plummer area.

Providers must build out to 40 percent of the assigned homes and businesses within three years. Buildout must increase by 20 percent in each subsequent year until the complete buildout is reached at the end of the sixth year.

“We will own the towers that we will have a contractor build and we’ll receive revenue from customers,” he said.

Intermax has 2,950 customers. Kennedy estimates the number will grow to 12,400 in the next 10 years, largely due to the initiative.

While the initiative is intended to target rural areas, Kennedy said customers in the urban areas can expect to see their service improved as well.

“This will raise the floor for everybody everywhere,” he said.

Kennedy said better service is desperately needed for rural Idaho. Some places, he said, are still on dial-up internet.

“Absent this funding, this type of broadband expansion … would not be economically feasible,” a FCC press release states.

“This performance breakthrough will help us extend the last mile,” Kennedy said. “I’m optimistic about the economic development benefits of it. The FCC has set a national priority to bring the benefits of high-speed internet to rural America.” 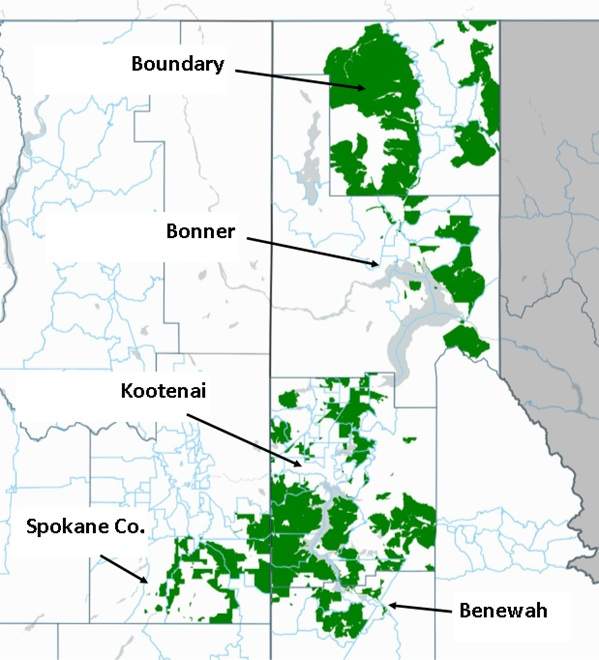 This map shows the areas of North Idaho that will receive high-speed internet capabilities as a result of a Federal Communications Commission initiative that will expand broadband to rural homes and businesses. 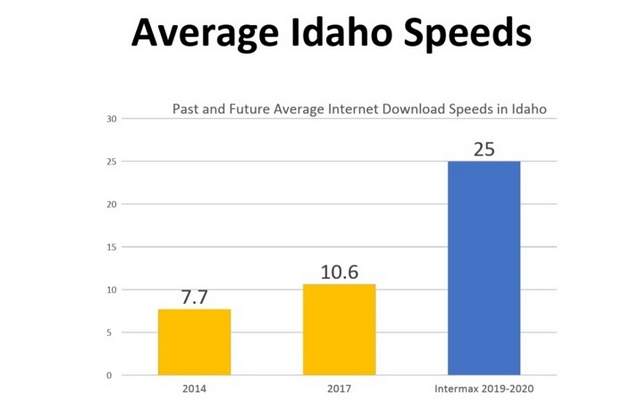 While Idaho’s average internet speed increased from a download speed of 7.7 megabits per second in 2014 to 10.6 in 2017, it ranked last in the country, according to Broadview Networks. Thanks to a Federal Communications Commission initiative over the next several years, the average will increase to 25.

Click here to view the article as published on cdapress.com.