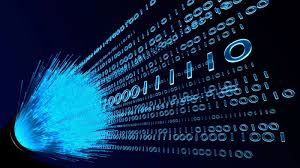 The partnership between the city of Sandpoint and private internet companies kicked off last week with Intermax finalizing its lease of city fiber network.

The first of potentially many private companies to utilize the city-owned network, Intermax officials announced last week it approved all required agreements with the city. The arrangement will allow Intermax to dramatically expand its fiber-based services throughout Sandpoint.

“We’ve provided fiber services to commercial businesses in Sandpoint for years,” said Intermax President Mike Kennedy in a press release. “But today we are proud to be the first private partner with the city of Sandpoint to expand our network by licensing space on the city’s new fiber infrastructure.”

Intermax is the first to the table in an public-private arrangement that local officials hope will dramatically expand internet service options in the region. Communications company Ting is also preparing for an expansion into Sandpoint, and the city entered into a contract with fiber company Fatbeam for its own internet service.