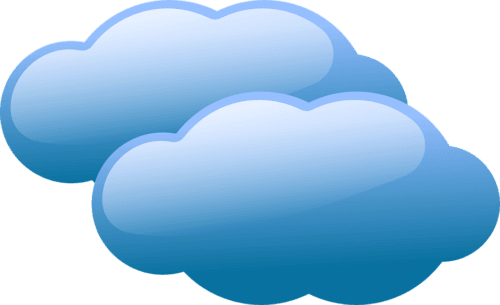 The Cloud. What is it?

“The cloud” is one of those trendy tech terms you hear people talking about these days. The cloud in technology, however, is something completely different than the white, puffy things you see in the sky and defining it is a bit more challenging.

What Do People Mean by “the cloud”?

The “cloud” in cloud computing originated from the habit of drawing the internet as a puffy cloud in network diagrams.

At its most basic, the cloud is the term for a network of remote servers that can be accessed via an Internet connection to store and manage information. Put simply, it’s a place other than your computer, that can store your stuff and or access dozens of applications that used to rely exclusively on your computer to operate.

Prior to the creation of cloud storage, files were saved to a computer’s local hard drive, saved to a USB key and transferred to another computer, or emailed to you so you could open it on another machine.

Today, with the proliferation of multiple desktop computers, laptop computers, tablets, and smartphones you need to access your files somewhere other than your computer’s hard drive. Accessing the cloud allows you to save a file on a remote server and retrieve or share it from any machine that has an Internet connection.

Who invented the Cloud?

In the 1950’s companies used big, expensive mainframe computers − so big they took up an entire air-conditioned room. At that time, most organizations didn’t have the resources to purchase a new computer for each user so they developed “time sharing” arrangements. These agreements allowed multiple users to share access to data and central processing units (CPU) time. The concept of “time sharing” laid the groundwork for today’s cloud computing environment. 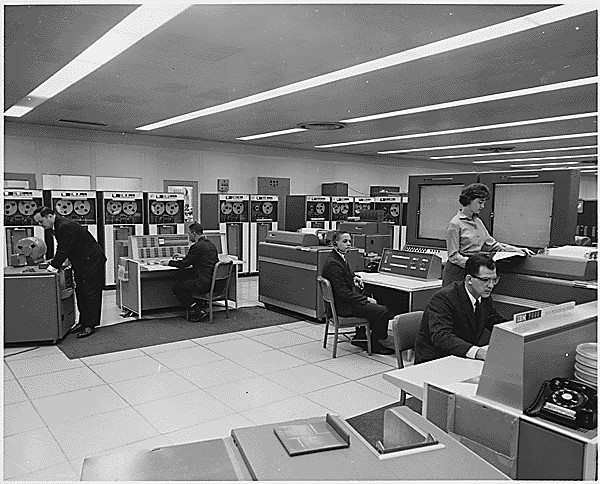 In the industry there is little agreement as to who first coined the term cloud computing. The Internet didn’t even have enough bandwidth to make the cloud available to the masses until the 1990’s. In 1997, Salesforce became the first site to deliver its applications and software over the Internet.

How Does the Cloud Work?

The framework of cloud computing is quite complex. The good news? You don’t need to understand the infrastructure to take advantage of it. If you can use the internet and create and save files to your own computer, you’re good to go.

You use the cloud every day. The Internet itself is actually a public cloud. From Google Drive to Dropbox to Evernote, any time you save information without using your device’s internal hard drive (or memory) −taking a picture on your smartphone, and uploading it to Instagram−you are uploading it to the cloud.

In the past, the applications you would install on your desktop computer, such as Microsoft Office, had to be downloaded via a huge executable file or you’d receive CDs in the mail to load the files on to your desktop. Today, these applications are delivered over the internet through a browser; a service known as SaaS (more on that in a minute).

A few ways you interact with the cloud:

How big is the Cloud?

No one can say with certainty exactly how much space is provided by cloud-based services like Google, Amazon or Facebook; however, according to this infographic, the cloud can store about 1 Exabyte.

But how big is an Exabyte? 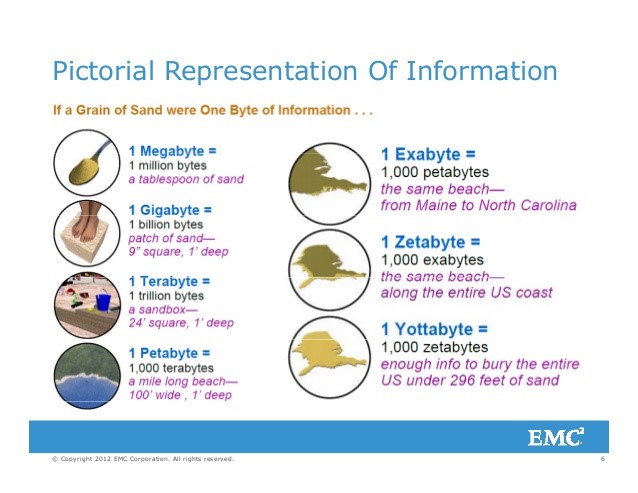 An Exabyte is approximately 1,000 Petabytes or one billion Gigabytes. It has been stated that five Exabytes would be equal to all the words ever spoken by mankind.

What are the benefits to working in the cloud?

Businesses usually move to the cloud for financial reasons. Instead of purchasing their own hardware equipment, the value of which depreciates over time, the cloud allows companies to pay for only what they use, saving thousands of dollars a year.

In an article highlighting the benefits  of cloud computing, SalesForce wrote, “Where in the past, people would run applications or programs from software downloaded on a physical computer or server in their building, cloud computing allows people access the same kinds of applications through the Internet.”

Another advantage of the cloud is the speed of release and scalability of applications. More recently, however, it’s been reported developers are drawn to the cloud, thanks to the wealth of cutting-edge services they can include in applications, from artificial intelligence to internet-of-things connectivity. More importantly, the major public clouds are leading the way in the development and deployment of enterprise technology.

What is a Private Cloud?

Think of a private cloud as a cloud within the internet (which is a public cloud).  For large businesses, a dedicated private connection can be used to access cloud services when the volume of users and traffic requires robust connectivity.

The private cloud can also be viewed as the best of the best in data center automation. The ability to scale the technologies run on public clouds, along with deploying and managing software, minimizes manual provisioning and management. Because of their closed (to the public) network architecture, many times the services in a private cloud require encrypted access.

What is a Public Cloud?

A public cloud is one in which a service provider makes resources, like applications or storage, available to the public over the internet. Public cloud services can be free or offered on a pay-per-usage basis.

The public cloud provides people the ability to access new capabilities on demand without investing in new hardware or software. Public clouds charge customers a subscription fee or allows them to pay for only the resources they use. A feature known as auto-scaling allows users and computing resources to be added as needed—often in real-time− as demand those resources changes.

A Hybrid Cloud: The Best of Both Worlds

A hybrid cloud integrates the private cloud with a public cloud. The configuration creates parallel environments in which applications move easily between private and public clouds. Sometimes, a customer’s databases will reside in their on-site data center and integrate with public cloud applications, like Microsoft Office. During times of increased demand, data center workloads can be virtualized and replicated to the cloud.

There is a wide array of available cloud computing services. Most, however, are in one of the following categories:

Software as a Service (SaaS)

SaaS is public cloud computing that deliver applications over the internet through a web browser. The most popular SaaS applications for business are Google’s G Suite and Microsoft’s Office 365; enterprise applications include, Salesforce and Oracle’s E-Business Suite. SaaS applications provide developers with extensive configuration options and development environments that them to create their own code modifications and additions.

Infrastructure as a Service (IaaS)

Platform as a Service (PaaS)

PaaS provides sets of services and workflows targeted to developers> The services allow them to use shared tools, processes, and APIs to speed the development, test, and deployment of applications. Enterprises use PaaS to ensure developers have immediate access to application resources, adhere to specific processes, and utilize a specific set of services, while also maintaining the underlying infrastructure.

Salesforce’s Heroku and Force.com are among the public cloud PaaS offerings; Pivotal’s Cloud Foundry and Red Hat’s OpenShift can be deployed onsite or accessed through the major public clouds.

Is the cloud secure?

Not surprisingly, the idea of storing personal information “somewhere in the cloud” makes many people nervous. However, the dominant public clouds (IGM, Google, Microsoft, AWS) have proven to be much less vulnerable to attack than the average enterprise data center.

Before moving to the cloud, it is critical to understand the possible security risks associated with it.  Each cloud service offering, IaaS, PaaS, and SaaS brings with it varying security requirements, processes, and responsibilities.

Establishing with certainty the identity of a user, which may include employees, contractors, partners and customers is crucial as sensitive cloud resources can be accessed from anywhere on the Internet.

Other risk factors to consider include:

The cloud offers advantages in scalability, collaboration, productivity, and application development. Whether you choose a public, private, or hybrid, the cloud is fast becoming the the platform of choice for businesses, large and small.